With my words
Official Bio

Pablo Fernández is the Principal Tuba of the Barcelona Symphony Orchestra (OBC) since 1994, Professor of Tuba, Euphonium, Specific Instrumental Repertoire and Chamber Music at the Superior School of Music of Catalonia (ESMUC) since 2001 and founding member of the Spanish Tuba Quartet.

As of the academic year 2021/22, he will also be a Tuba teacher at the Royal Academy of Music in Aarhus (Denmark) and at the Forum Musikae Higher School of Music (Madrid). Pablo Fernández is also President of the Spanish Association of Tubas and Euphoniums (AETYB) and artist of the German brand of instruments Miraphone.

He has also been a professor of the "Expert Course in Musical Analysis and Interpretation", offered by the University of Oviedo within its postgraduate degrees in 2006, and at the Brass Academy Alicante during 2010 and 2011.

In April 2001 he premiered worldwide the "Concerto for Tuba and Orchestra" by the composer Pere Josep Puértolas during the 2000-01 season of the OBC, with its principal conductor, Lawrence Foster.

Since 2002 they have been a duo with the pianist Rafael Salinas, with whom he develops the project “Tuba Lírica”, regularly offering joint recitals and master classes throughout Spain.

He has made numerous recordings for the labels Auvidis, BIS, Claves, Decca, EMI, Koch, Naxos and Telarc; collaborating with prominent international artists. With his orchestra, he won two Latin Grammys for "Best Classical Album", in 2000 with the CD of "La Dolores", in collaboration with the tenor Plácido Domingo, and in 2006 with the CD of "Rahpsody in Blue". the latter in collaboration with the Dominican pianist Michel Camilo. He has recently recorded the "Concerto for Tuba and Orchestra" by the composer Joan Maria Riera Blanch, in its version for piano.

In the field of modern music, Pablo Fernández appears in some of the recordings of the singer “Nina” and the singer-songwriter Pedro Guerra. Between 1997 and 2004, it is worth highlighting his participation on numerous occasions in the orchestra of the RTVE show "La noche Abierta". 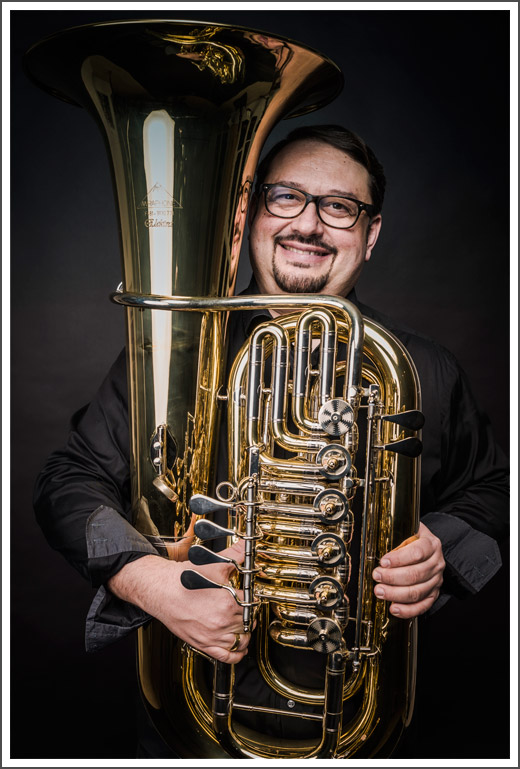 In June 2012 he was part of the jury of the International Tuba Competition held at the “Brucknerhaus” in Linz (Austria) during the ITEC International Conference 2012. In July 2014 he was the host of the “AETYB Festival Barcelona 2014”, the first meeting national in the history of the tuba and the euphonium in Spain, organized by the Spanish Tuba and Euphonium Association, of which it is a founding member.

In the field of cultural management, Pablo Fernández has been Coordinator of the Instrumental Area of ​​the Classical and Contemporary Department of the Superior School of Music of Catalonia (ESMUC) and Vice President of the Catalan Tuba and Euphonium Association (ACATUB). He has also held the positions of Treasurer and Public Relations of the Spanish Tuba and Euphonium Association (AETYB), of which he is currently President.

He is currently on a leave of absence from his orchestra and resides with his family in Denmark. He combines his teaching at ESMUC, with his engagements as a Miraphone artist, the Spanish Tuba Quartet, his work as President of AETYB and giving master classes and recitals throughout Europe.

His big hobby is aviation. He holds a Private Pilot License (PPL) with single engine rating and flies a Cessna 172R G1000.

Pablo Fernández has been a Miraphone artist since 2010. 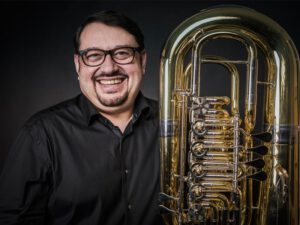 Welcome to my blog

I give you the warmest welcome to my blog. I'm very happy to start ... 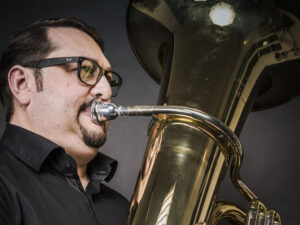 6 tips to improve your sound quality

This article is intended for brass players who wish to improve their quality of ... 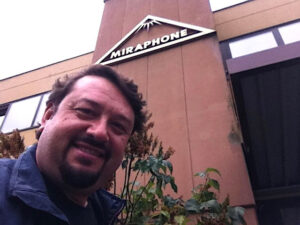 Miraphone instruments, a choice for life

In this article I am going to tell you about my history with the Miraphone instruments, a brand ...
Close Menu